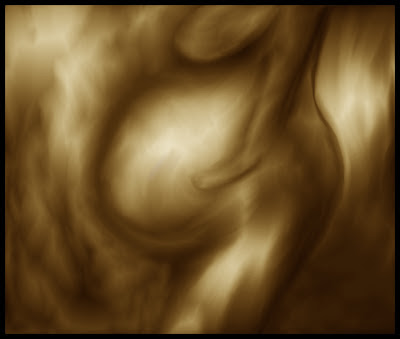 Offered without commentary, this image was inspired by working with the story of The Handless Maiden during week 7 of Women on the Threshold, an online retreat offered through Abbey of the Arts.  You can find variations of the story by googling, "the handless maiden" or "the girl without hands."    There is  also a  version available  on Wikipedia.  Clarissa Pinkola Estes and Robert Johnson have also worked with this story and offer valuable insights in their writings. 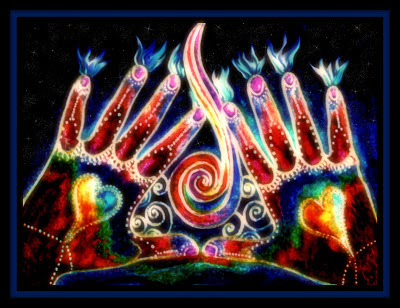 Whose hands are these?
I think I know.  They're
my Granny Mildred's hands -
that  soothed and
sewed and made things grow.

Whose hands are these?
I think I know.  They're
my Grandma Ruth's hands -
that played hard, and
worked hard, and made
life fun;   hands
that left this world too soon.

Whose hands are these?
I think I know.  They're
my mother's hands -
Roberta's graceful, manicured
hands that  love to make
things beautiful.
Soft hands that tamed
my unruly hair.
Skillful hands that knew
their way around the kitchen.

Whose hands are these?
I think I know.
They're my father's hands -
Irvin's hands that kept
things clean and in order.
Savvy hands that knew
how to play the game.
Generous hands to many.

Whose hands are these?
I think I know.
They're my hands -
Stacy's hands - that know
the healing power of creativity.
I come from a long line
of gifted hands. 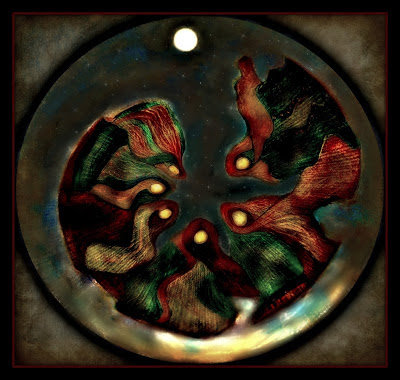 The ground beneath our feet
is cold and hard,
as unforgiving
as the hardest hearts
that forced our exile,
but leave we must.
Keep moving!

We gather what little we can
in our haste to leave
this home we love.
How will we ever find another?
Yes, we have  our memories,
but even they are too heavy to carry now.
Keep moving!

Why?  Why?
The question stings  our brain
even more cruelly than
the icy wind stings our faces.
Instinctively,  we pull
our wool scarves higher -
a pitiful defense.
But what else is there?
Keep moving!

O God, (if there is a god),
protect us in our flight.
We are grateful
for the full moon's light,
this lamp for our poor feet.
But what of dawn?
What ravages will be revealed?
Some wounds never heal.
Keep moving!

We ask the shining stars above
if the nights we spent beneath them,
loving and dreaming in our beds
will ever come again,
but they are silent.
Keep moving!

We tread precariously
on a crumbling ledge of sanity.
This is the cost and pain of war.
With every step we cry:  No more!
Yet all the while, we're moving.
Keep moving!


This poem and painting were inspired by the song Keep Moving, by Trish Bruxvoort Colligan, during week 6 of Women on the Threshold, an online retreat from Abbey of the Arts.
Posted by Stacy Wills at 8:02 AM 1 comment: 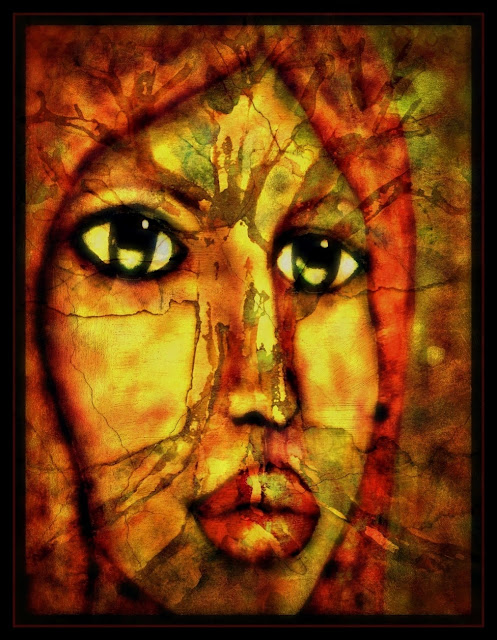 Simon the Pharisee invited me to dinner,
so I went and reclined at his table.
A woman of the city, a sinner,
heard that I was there, and came, as well.
An uninvited, and some might say, unwelcome guest.

The room where we gathered was crowded,
but somehow this woman managed
to get through to where I was.
She stood behind me, weeping silently,
her long hair, covering her face, so no one would see.
But I could feel the hot tears falling on my feet.
Eventually, some of the other guests began to notice,
and started pointing and whispering.
Suddenly, she was overcome with shame.
Quickly, she knelt  to dry them
with the only thing she could - her hair.
It was then she must have seen
the condition my  feet were in.

I will never forget what happened next,
and neither will you when you hear it.
This woman did the most amazing thing.
Instead of running away, embarrassed,
she drew an alabaster flask from her bosom and opened it.
Perfume filled the air, as she began to anoint
my poor feet lavishly with the most luxurious oil.
Such extravagance!
How grateful I was to have my dirty, tired feet
washed by her  tears,  then dried
with the silkiest, finest, softest hair I've ever felt.
Her fingers, cool and long,  began massaging...
and gently caressing my feet...and she kissed them.
For a moment...an eternity...the crowded room fell away -
and it was just the two of us there.

Then the thoughts began to penetrate my mind.
I knew what Simon was thinking:
If this man were a prophet, surely he would know who
and what sort of woman was touching him!
Oh Simon, I sighed, I have something to say to you.
Say it, Teacher.

A hush fell over the room, so I told this story:
Once upon a time, a certain moneylender had two debtors.
One owed five hundred denarii, the other fifty.
When they could not pay, he cancelled the debt of both.
Now, which one of them do you think will love him more?
The one for whom he cancelled the larger debt, I suppose.
Ah, you judge rightly, Simon.
All the other guests turned and looked at Simon admiringly.

But I turned and looked at the woman...really looked at her.
She lifted her face to me, and for the first time that night,
our eyes met.   I held her gaze for a long time.
I knew her.
Finally, the room grew quiet again, and still gazing at her,
I spoke to Simon and said:

Do you see this woman?

The question hung in the air.

Oh yes, she has loved much,
for her sins, which were many, are forgiven.
You are not well acquainted with forgiveness, Simon.
For those who are forgiven little...love little.

Then I spoke to the woman directly and said,
Your sins are forgiven.
Then the room really started to buzz!
Who does he think he is...forgiving sins...bah!

So I said to her, lifting her up,
Woman, your faith has saved you; go in Peace.
Posted by Stacy Wills at 9:05 AM No comments:

Stacy Wills
I am a contemplative artist, combining traditional mediums and digital technology to create unique images. I have two blogs: A Magic Mom and Her Mandalas, dedicated primarily to the art form of the mandala, and The Sacred Alter, which focuses on what I can only describe as "art birthed from the soul." I hope you will enjoy visiting both.

People You Should Know